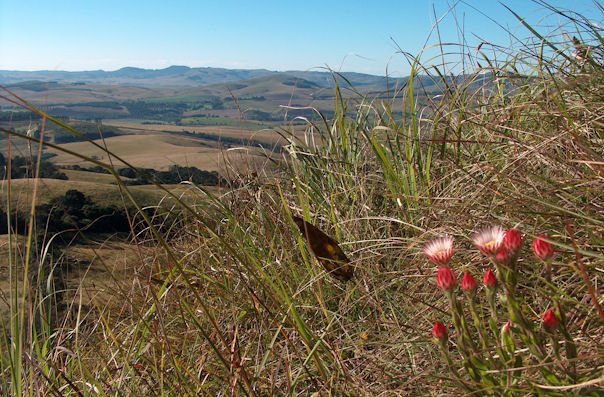 Only 3% of the original area in KZN is protected.

Frosts, fire and grazing maintain the grass dominance and prevent the establishment of trees.

In South Africa, 44% of mammals are found in the Grasslands Biome – including the endangered Oribi antelope which is common in the Dargle, as well as Aardvark, Porcupine, Black-backed Jackal, Slender Mongoose and Serval.

Grasses belong to the family Poaceae, the most widely distributed of all flowering plant families on earth. They cover more of the vegetated land surface than any other plant family (approximately 25%) from the wettest places to the driest deserts, from the tropics to the coldest places, and from sea level to high altitudes.

As Africans we should be well aware that our grasslands are not only critically important biodiverse regions but also supply vitally important ecological services like holding the topsoil in high rainfall areas from whence our valuable water supplies originate. Grasses also provide grazing for game and domestic stock, while our savannas are important for wildlife and browsing domestic stock such as goats and some varieties of cattle. And did you know that some mammals are obligative grazers or browsers, while other mammals are facultative herbivores and are referred to as mixed-feeders?